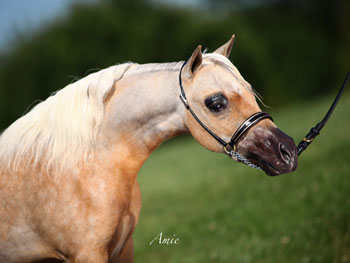 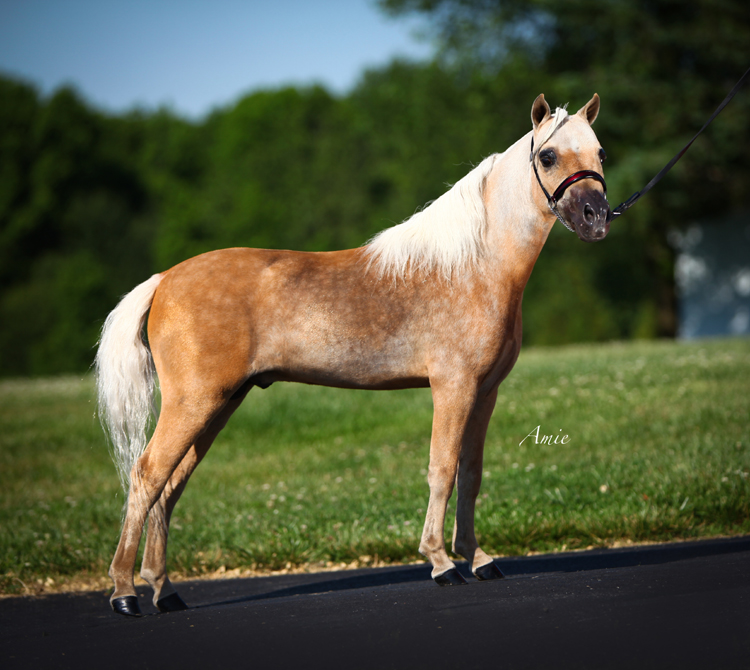 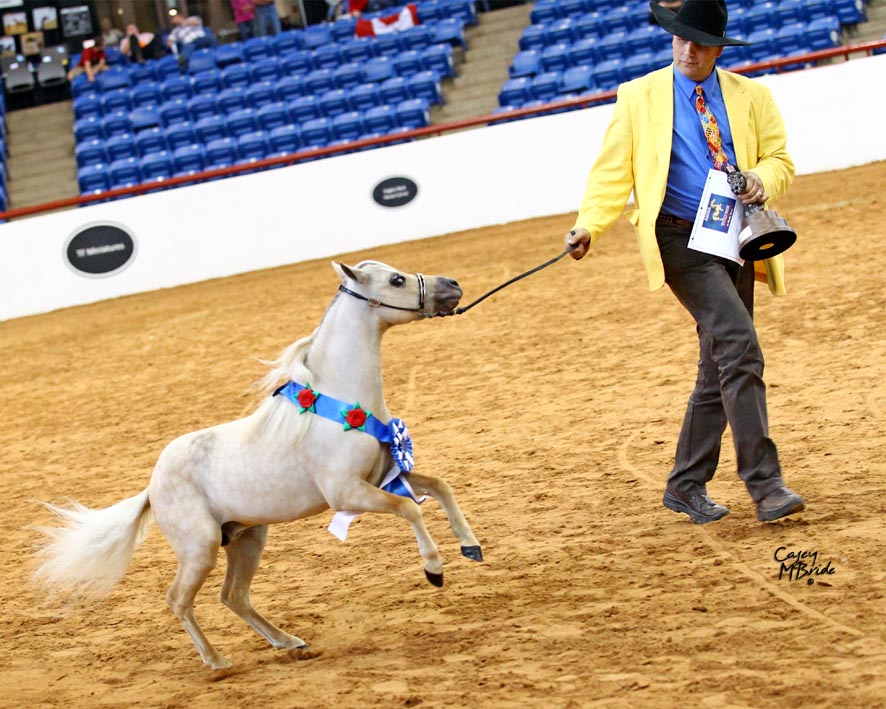 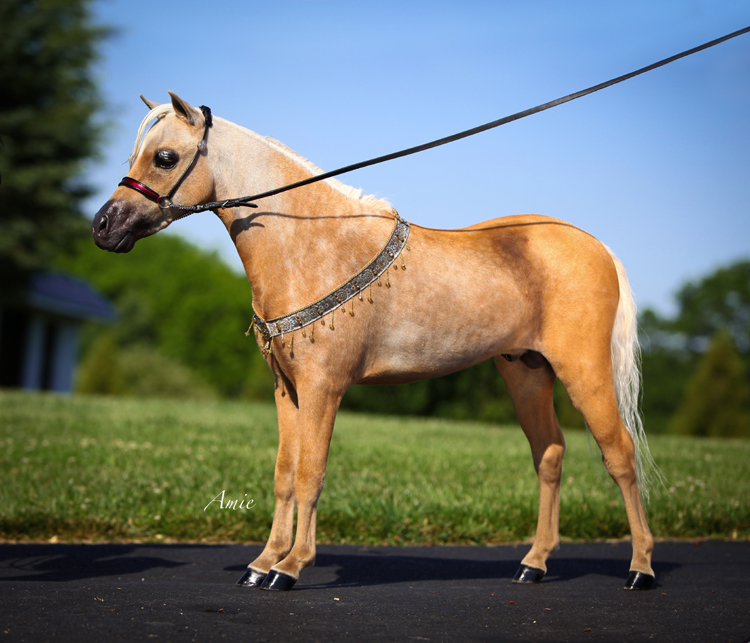 A young stallion that has already left his mark on the world stage. He is equipped with the hottest and most sought after pedigree – a direct son of Billy Idol, out of a Nighthawk daughter. On his mother’s side he also goes back to Flying W Farms Little Wardance – all of them household names in the industry that don’t need any introducing. In 2012 Fame became AMHA Open World Champion 2-Year-Old Stallion and Reserve World Champion Amateur Junior Stallion.
Fame is the most delicate and elegant mini horse I have seen so far. He has straight legs, a hooky neck, baby doll head, huge dark doe eyes and tiny ears. To top it all of he has the most lovable character and great will to please. He loves every kind of training and interaction with people. He is like a little clockwork infront of the cart, he enjoys jumping and circus tricks and is also trained to do dressage on long reins.
He has produced two quality foals in the USA, both palomino like him and both show quality. Also in Europe he has a growing number of show quality foals that are just now starting to hit the show grounds and have already earned Supreme and Grand Champion titles.